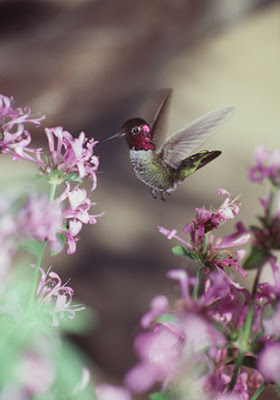 One of my favourite mottos is "Multum in Parvo" (meaning: much in little), maybe that's why I'm so fascinated by hummingbirds.
Here's a few facts about the Ruby-Throated hummingbird:
What an amazing teensy little creature!!
.