Whatever happened to developing personal values? 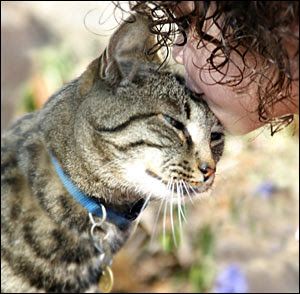 In recent years I've read several seriously disturbing articles about young children and teenagers torturing animals in an unspeakable manner. When you read an article like this the question must naturally arise: What is happening in the world for young children to turn into evil doers beyond comprehension???
Attending a seminar some years back I heard something which I believe has part of the answer to this question. The lecturer explained that when children excessively plays computer games it introduces the brain to the idea that "killing" has no consequence.
Recently I found an article by Dr. Joe Dispenza (featured in the "What the Bleep" movie) which gives further brilliant explanation to the serious side effects of children playing computer games. Here's an extract:

"It has been observed that the long-term use of video games alters the way the normal brain functions. When a child plays a computer game, each time they blow something or someone to bits, shoot down or destroy a plane, ship, UFO or any vehicle, break through a wall or barrier in order to move to the next level, or beat a character to severe injury, the brain responds chemically. In fact, it is proven that the pleasure center begins to release high amounts of dopamine, the brain’s natural pleasure chemical.

The bottom line is that dopamine makes us feel good, especially when we’re winning at such a high pace. In addition, when accomplishment is coupled with excitement, the brain produces the adrenalines norepinephrine and epinephrine in order to wake itself up with a boost of heightened awareness. This chemical cocktail is the perfect mix for problems in normal brain function.

To reiterate, this type of computer game stimulation is not so bad for a short run, but begins to cause problems in the long term. As the brain’s reward center is repeatedly activated and the strong chemicals are released during the gaming, pleasure zones become overstimulated. As a result, the reward system becomes desensitized and then recalibrates itself to a higher threshold. In other words, it will need more of a chemical rush to produce the same feelings. A side-effect of this mechanism is addiction … and when it is tied to attention and learning, serious effects manifest.

As the brain’s physiology responds to a mind exposed to these abnormal virtual activities (no child blows up people or things in real life), the brain is fooled into thinking it is almost real. Additionally, the continuous release of chemicals on the nerve cells’ receptor sites (the cells’ docking points for chemical information) finally causes the receptors to become desensitized to the same level of the chemical rush. Therefore, the next time a youth engages in the game, it’s a guarantee they will need more of a thrill to excite their brain. It’s like living with a spouse who always yells at you — eventually they need to yell a little louder to get your attention, because over time that intense stimulation is considered normal."

And the article finishes with these words...

"How do we make necessary changes in the best interest of the young developing mind? It is the parent’s job to think this complexity through to its end. If we propagate the use of technology without an emphasis on developing personal values, providing an environment for skillful learning, practicing reverence for all cultures and beliefs, performing daily rituals, participating in family and social activities, exposing our kids to nature, motivating them to exercise, debating philosophy or providing an environment for interpersonal evolution, we can surely predict how well — or how poorly — future generations will thrive on a planet with so much opportunity."

For full article go to Dr. Joe Dispenza and click on article: "Kidnapped by Technology".