.
I found this story under the title: "What is Love? A True Animal Love Story". It is the story of two birds where one gets seriously injured. These pictures shows the story as to what then unfolded: 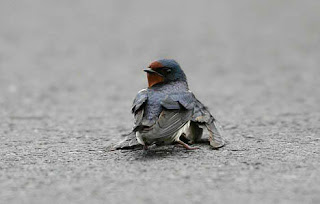 The male bird finds his mate injured and in an appalling condition.
, 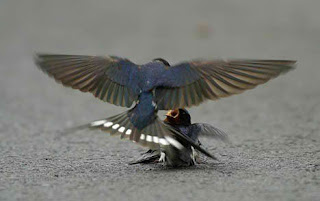 ,He brings her food and attend her with love and compassion.
. 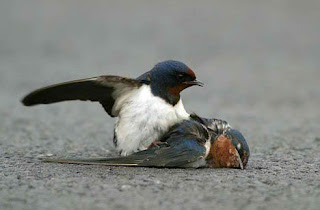 ,She dies and shocked with her death he tries to move her.
. 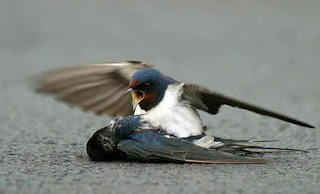 ,He stands beside her and scream saddened of her death.
. 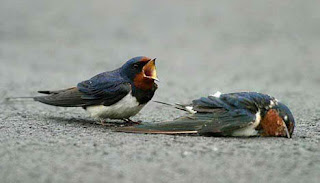 Finally aware that she would not return to him and she has departed, he stands beside her body, sad and full of sorrow.
., 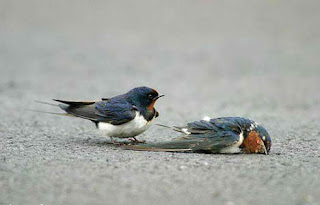 The photos of the two birds are said to have been taken in the Republic of Ukraine where the bird was trying to save his mate. Millions of people cried after watching these pictures in America and Europe. It is said that the photographer sold the pictures for a nominal price to the most famous newspaper in France and that all the copies of that newspaper were sold out on the day of the publishing of these pictures.

This story and these photos makes me think about a high profile zoologist who once said that animal emotions only is something humans attribute to them. I litterally couldn't believe the man, given the fact that he deals with animals on a daily basis. Anyhow, I know for certain that he can't be the only person with such an arrested view BUT... whether he is right or not, seeing these sad pictures makes me unbelievably grateful that I am a human with feelings and if nothing else - I am free to let the depth and insight of what these two birds shared reach me in all the right places!

sunshine said…
This is such a deep and intense post, it gave a big nod on the throat...

I disagree with the zoologist; I am convinced that animals are emotional beings, not sure if this is part of their instinct but I'm sure that they have all sorts of feelings...

God's Little People said…
Thank you for your words Sunshine!
Yes I am certain that they have feelings. Imagine what it must be like having feelings and being treated as if you didn't have them. How tragic is that?!!
August 5, 2009 at 12:38 PM

Unknown said…
This is a nice content. Thanks for the information provided. For more visit-