A calculated and deliberate act 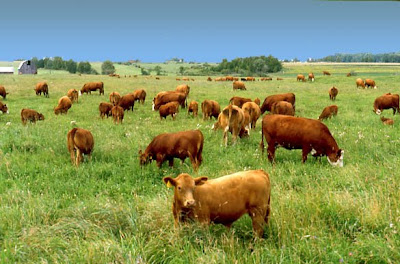 I've always found the concept of chickens in cages through and through horrendous.

Today a sweet friend of mine forwarded me an email asking our local politicians to act on a new piece of legislation to ensure that dairy cows get to spend some of their time on grass - instead of a lifetime inside a barn with too little room to move around properly. And yes... what a surprise that the cows gets aggressive with eacother, get infected hooves, dies way too early and now there's an actual official name for them - looser cows. WOULD YOU BELIEVE IT!!???

I am too well aware that so much goes on behind closed doors that most of us do not want to know about, but isn't that exactly the problem. When on earth did it become acceptable to lock up cows for life inside a dark barn where they will spend their entire life with the sole purpose of DELIVERING milk. What a disgusting thought.

Other places they make it a family event that people can come witness when certain cows are allowed back in the fields after winter time. Apparantly it's quite a joyous spectable because the cows are so obviously THRILLED to be on grass again.

How someone ever thougth that it should be more profitable to keep cows locked up for life... how that should ever even have been allowed.

To think that humans have dominion over animals and then does a thing like this...