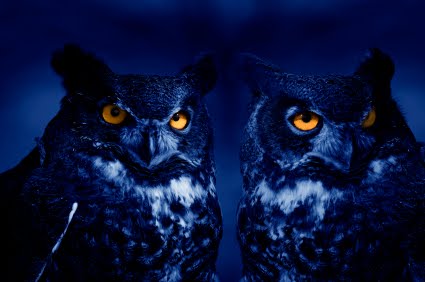 It's late a night and being so fortunate to live next to a forrest I just heard the call and response between two screech-owls. I know for sure that there's also both foxes and lovely deers in the forrest too and just a few hundred yards from here there's a beautiful lake with ducks, swans and herons. Just up the road there's a castle church and in the middle of this serene night stillness and the sound of the owls, there was also just the atmospheric sound of the church bells.
It's almost as if, just for a moment, one could forget about the whole 'global warming climate conference circus' that's going on just 25 miles down the road. It seems that some of the issues it comes down to is 'which country should be allowed to go on an pollute for longer because other nations has done it for longer than they have'! Like my husband so rightly said... when did it ever become acceptable to pollute the planet?
I believe that many things should be held in sacred trust in humans about the opportunities which we've been given. Maybe this question should be put on the climate conference agenda:
Is the planet here for us, or are we here for the planet?
e