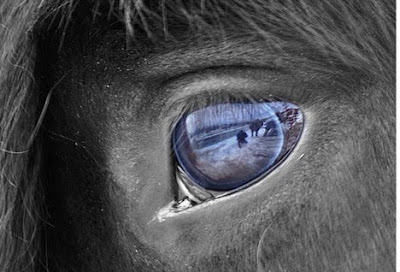 Something caught my attention after the last post about Ginger and other animals destined for a life in Greece. My eyes went to the words I've placed under the blog title. "Animals share with us the privilege of having a soul." A wonderful quote by the great Greek philosopher Pythagoras.
I onced asked a Canadian woman running an animal shelter in Athens what the Greek makes of the quote by Gandhi "The greatness of a nation and its moral progress can be judged by the way its animals are treated." She told me that they most probably wouldn't know who he is! - and that all they learn about in school is ancient Greece, Greece being the birth place of democracy and of their great philosophic forefathers like Socrates, Plato, Aristotle and Pythagoras. I don't feel antagonistic toward the Greeks, as a matter of fact I think they are a beautiful people (not easily equatable with indifference or cruelty to animals), but I would be tempted to ask the question what they then make of the quote by their forefather Pythagoras???
The wise man who taugth me about the term Gods little people also taugth to never inflict more than 10% pain to any living creature. It had such a deep resonance in me. It must ring true in any soulful creature. So... Well, deliberate ignorance is one thing but there is also such a thing as when you see a problem and choose not to act or respond you also position yourself. Until you decide to respond... you actually also decide not to respond. And indifference to a problem can also mean inflicting more than 10% pain.

Shakesphere said "The eyes are the windows to the soul." I truly believe that if you look into the eyes of  an animal you can see the soul. Doesn't that call out for something in you? If nothing else, then just soul to soul.

Heart2Heart said…
This is a truly beautiful post! I too, believe, that the eyes are the gateway to the soul.

God's Little People said…
Thanks so much to all Chinese visitors and the many comments posted in recent times.
July 7, 2010 at 11:42 AM

Cosmic said…
so true what Shakespeare quoted! I never forget the day I when I came face to face(eye to eye) with a beautiful urban fox near Guy's Hospital in London( well over a decade now:)I felt soo blessed:)

Cosmic said…
It was at night actually!

Solid Rock or Sinking Sand said…
I really enjoyed reading the posts on your blog. I would like to invite you to come over to my blog and check it out. God's blessings too you. Lloyd
July 7, 2010 at 3:38 PM

God's Little People said…
Hi Cosmic, wow... face to face with a fox. I think they are beautiful creatures. That must have been quite a moment.
Thanks so much for stopping by!!
July 7, 2010 at 4:48 PM

Cosmic said…
You bet! I felt really fortunate with a profound sense of *peace, love, unity and Divine spirituality as our eyes met:) It's a joy reliving that moment, thus a pleasure to share with you:)

Anna E said…
It´s very deep and profound what you touch upon, and yet simple. Just the fact of "10% pain", I mean, how does a person meassure that? How many % pain does it cause to ignore the needs of an animal? How many % pain does it cause to hurt another - animal or human? Can some of the pain be healed away by inflicting a large "percentage" of care to the animal or human, whom one has deliberately or not deliberately caused to be in pain?
The wise man, you refer to (whom I also know)once gave an advice to an 8 year old child, saying something like: Know that you can´t be everything to everybody. It´s good to help, where you can.
And in my own life I know, that I simply cannot handle to take everything upon my shoulders, which I would want to change in the world. So I try to find a little succes from the day, that has passed, and know that I have to pay the price of my choices and "not-choices". And from reading all your posts, I definitely feel, you have inflicted so much healing and care to Gods little People, and shared so much wisdom and concern with other humans (us). Thank you for that, and may peace be with you...
July 12, 2010 at 8:06 PM