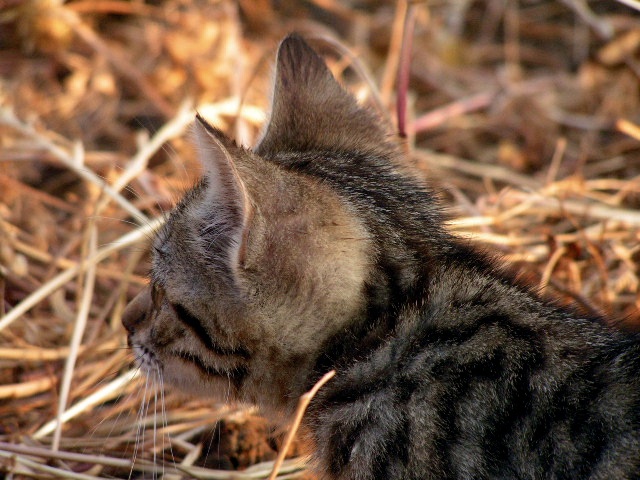 If you're familiar with the story in the last post you will know that Twinkle - portrayed here - is the only survivor of a  kitten litter of (at least what we know of) four kittens. I actually held all four kittens in my hands at some point so you can imagine my  sense of inadequacy and loss realising that indeed three of these kittens hadn't made it. No trace whatsoever of what happened to them. 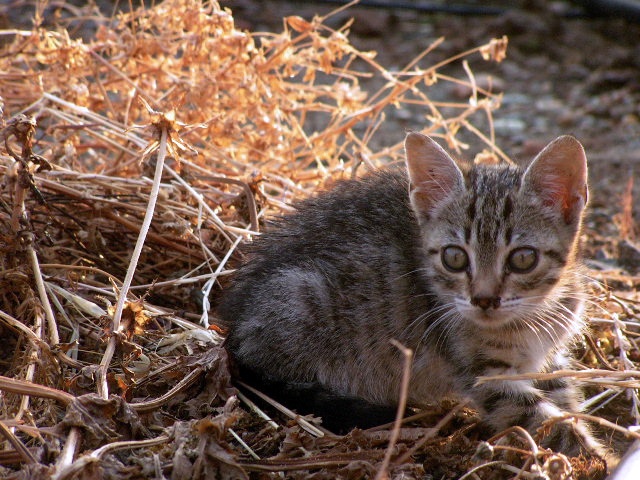 A few years back I met a lady who does some very inspiring work for people in lesser circumstances. I heard her talking about how fierce she felt about their rights for a proper (and not a lesser) life. She talked about some of the things they were up against in life and  she used a set of words about her fighting stance to protect them and about avoiding things happening to them and the words are not on my watch. The words inspired me so much - that's how I felt about anything possibly happening to animals... not on my watch! 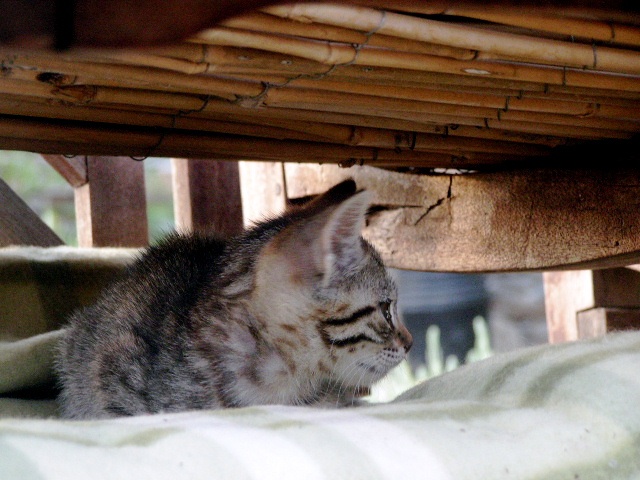 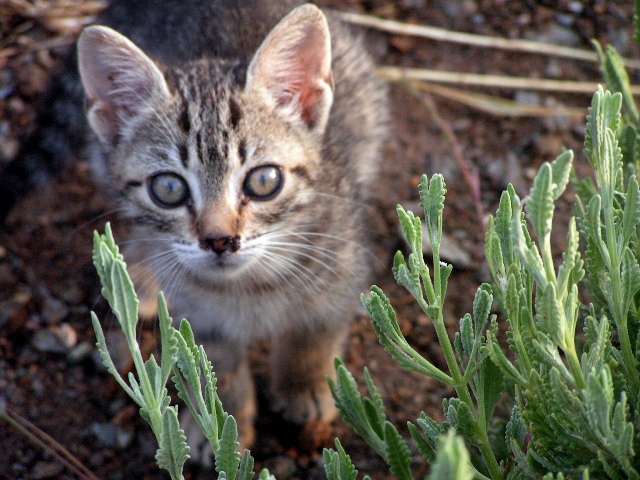 Anyhow, Twinkle is being a real brave-heart. He is taking on making the young cats his play mates. He observes them from a distance when they play and sometimes dare an encounter with one of them. And it's as if the young cats knows this little guy needs some extra care, gentleness and attention (even though he is in fact a new "cat" in their territory). Throughout the week I've observed them lick his little face, sniffing him, gently saying hello with paws touching, allowing him to eat next to them and carefully playing with him. There's been so many awww moments... and also a few paw swipes. But Twinkle never runs away - he just shakes his little head and jumps straight back into "the ring." Luckily mommy kitty is fiercely protective - she's made quite a few swipe-backs on Twinkles behalf. It's like she is teaching them manners and they all listen when she scolds them. 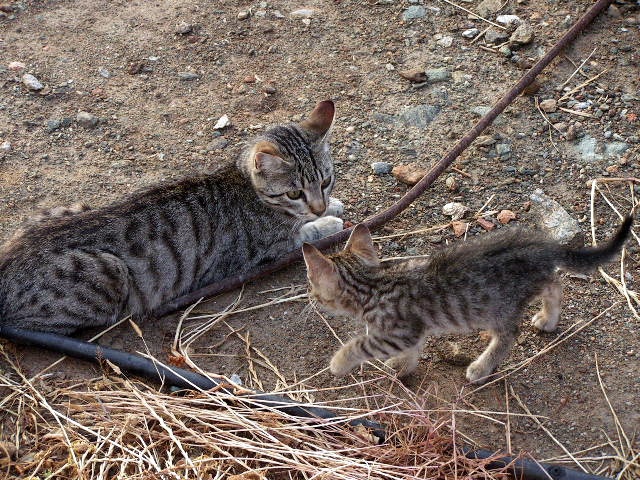 In this image above it's Tiny allowing his (directly blood-related) brother to feel as if he has the upper hand. So darling sweet...

Marg said…
Oh Gosh, Twinkle is cute. I am so glad you were able to save one of the kittens. I know exactly what you mean 'not on my watch'. The momma kitty here hid her last litter all the time and I had one heck of a time finding them. Luckily they had tasted a little bit of food. But there was one, Tees, that just wouldn't come over here. I really thought he was going to starve. I couldn't catch him and just hoped he would follow his two brothers over and he finally did.
But it is so frustrating to lose some of them. But it just can't be helped. All you can do is hope that the mom has taught them to hunt. I just love Twinkle though.
May 19, 2011 at 10:54 PM

Crafting Queen said…
What a lovely little kitten and hope he grows up to be big and strong. It must be so hard seeing them and not being able to keep them safe. It's great that you do what you do for them. :)
May 20, 2011 at 8:44 AM

Catherine said…
Goodness ~ how do you get anything done in a day? I would be just sitting and watching all those adorable kittens and cats all day! I am thinking that sweet little Twinkle was lucky to find a friend in you!

Julia Williams said…
It's very sad about the siblings, but it sounds like the adorable Twinkle is doing well. I understand that desire to "save them all" but sometimes it just isn't possible. God Bless Twinkle and his siblings too.
May 20, 2011 at 9:08 PM

Valerie said…
I will definitely come back and share your blog with my son. We can't have cats due to allergies, and he's desperate to have a little kitty all his own. I think he will be very happy to get a big does of kitty love over here :o)
Thanks for visiting my blog and leaving a comment for my giveaway! Have a happy weekend!
x, Val
May 22, 2011 at 1:35 AM

tiptoethruphylsgarden.blogspot.com said…
I wonder too what happenned to the others.But if you only save one life,that is so important.She looks so healthy too.You are an angel,can`t say it enough,phyllis
May 23, 2011 at 1:11 AM