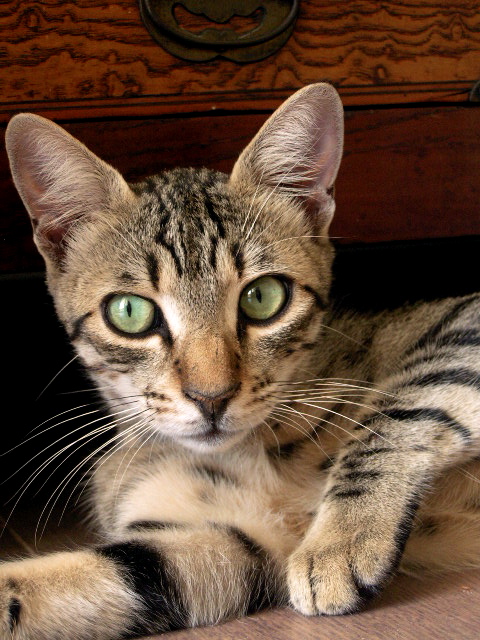 e
It's not the first time I've posted about these two young boys but there's moments where I just stop and get a little amazed at how far things have come in terms of the trust and confidence they've developed since their feral start to life about 9 months ago. Today I was quietly sat taking a few shots of Noona (who was finally spayed yesterday - and she looks so good), when these two boys came inside and kept us company. Tiny snuggled up next to us whilst Ninja chilled on the cool floor - and naturally I just had to turn my lense to capture a few shots of these two handsome boys too. 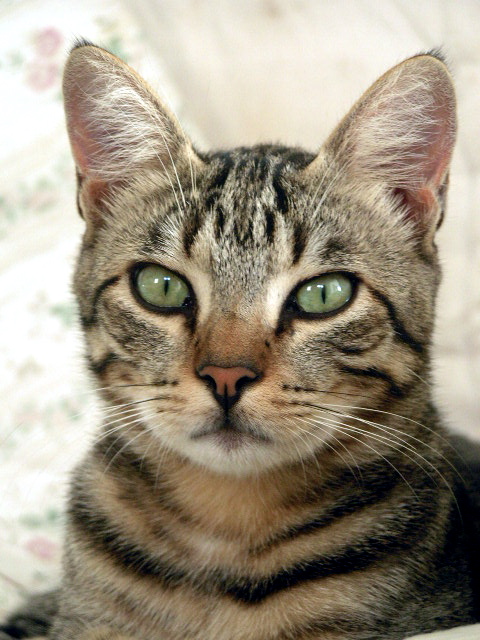 There's something about the shots that captures their natures very well - Ninja looks almost a bit oriental next to an old Chinese drawer, whilst Tiny looks soft snuggled in the quilts.  Even though they have quite a different facial expression they're both very cuddly and giddy and I just love how affectionate they've become. They're such great teachers to me in terms of the virtue of patience. 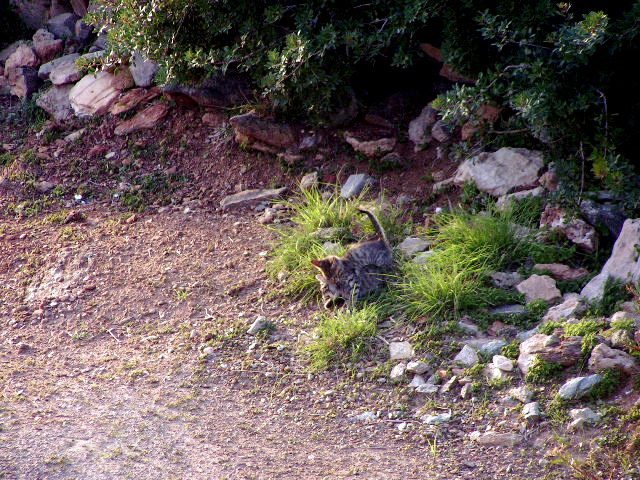 Above is an image of where it all started  - two tiny strangers in the garden. They lived in the little dark den you can spot in the background and they used to flee at the speed of a lightning rod whenever they as much as heard a footstep approaching. This image is taken from a long distance away - I was obviously captivated by their cuteness. I never dreamt of them chilling on a sofa next to me!
New shots of little miss Noona tomorrow.

Marg said…
Those are two handsome boys, that is for sure. They are terrific and I know exactly what you are talking about when talking about the fleeing. All the ones here are getting a little tame but some never will be totally tame. Take care.
July 14, 2011 at 11:51 PM

Catherine said…
These kitties are so beautiful. Oh those eyes! I love their story.
xo Catherine
July 15, 2011 at 3:20 AM

Cornelia said…
I often need wonderful news in order to survive in the cold atmospheres of the society were I and my partner live at the moment - here no offense intended to the Danish land.

What YOU do, way YOU experience and feel lives is so important for much more then what can be expressed here.

cats learn easy were a nice place is to find. And as soon as they discover, you are a friend, they move in your house and take it over. That's the nicest invasion I ever saw.
Best greetings, Johannas
July 15, 2011 at 1:10 PM

Those two boys show that they're happy in their new surroundings and show you gratitude!
Thanks for doing all this.

Cat and DOG Chat With Caren said…
your photos are EXQUISITE and the boys are beyond handsome!!!

I am proud to say my eyes are the same color as THEIRS! (naturally too! I don't wear contacts!)

Modern Country Lady said…
Beautiful faces- gorgeous.Such patience you have, bless you for taking the time!
Bea
August 2, 2011 at 4:18 PM