Nobody likes the dentist 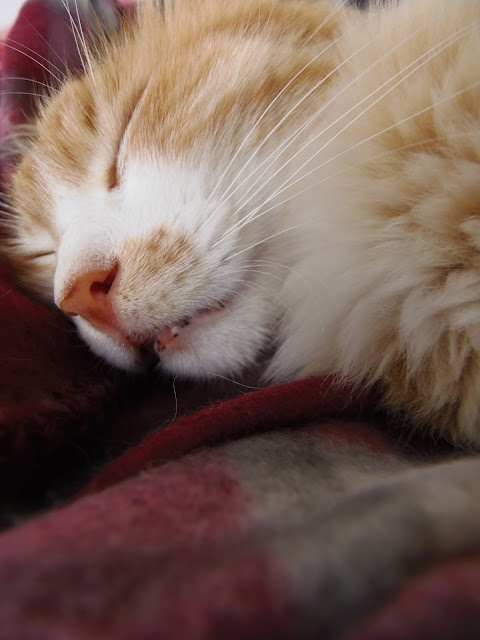 Two days ago Benji finally had his teeth fixed. He was not amused going to the vet twice in one week!! He was lucky though to only have one tooth pulled out - the rest was just cleaned. But this visit to the "dentist" apparently spared him having them all pulled out in a year from now! This can all be traced back to Benji's first five months of living. He was a young dumpster cat living off whatever he could find in the dumpster and some cereal cat food someone left from time to time (cereal food for a cat will not make a healthy cat). 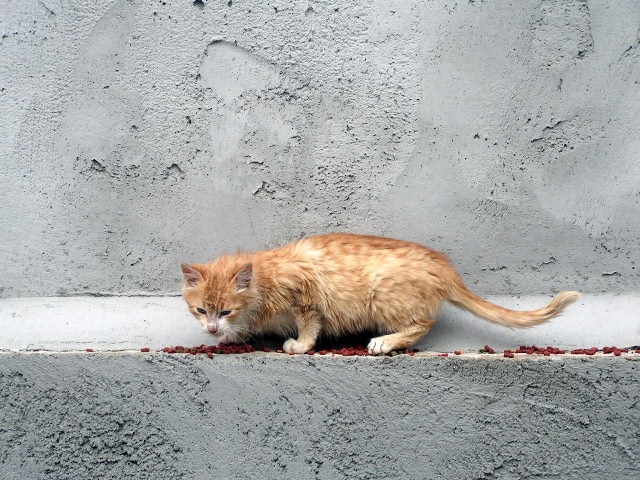 I first noticed Benji around Christmas 2010. Shortly after we'd moved to Greece. I hadn't yet embraced this (seemingly) destined part of my journey but he was pulling my heart strings something terrible. He was just a kitten but looking older because he had to fight the bigger cats. He was very shy but when I quietly approached him he gave in and purred like mad and became super affectionate. 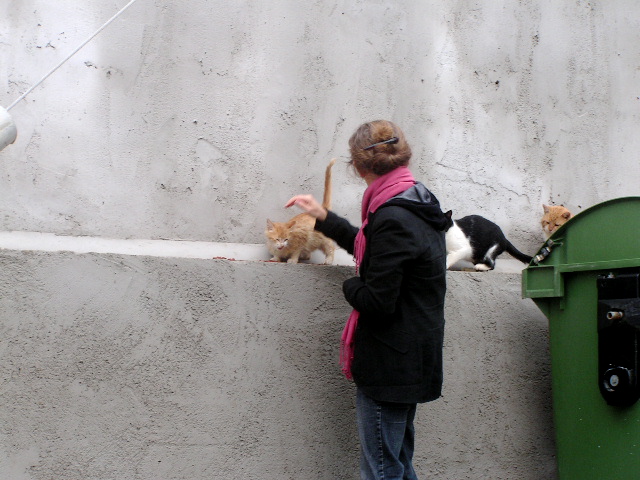 This is not the usual dumpster where I feed cats and I had to travel in another direction to see Benji. The green dumpster you can see here is actually placed on the road - and this is where he lived. Under the dumpster. Well, the rest is history. You're probably familiar with his rescue story by now. Otherwise you can read it here. One awfully rainy day I happened to walk past and he sat terribly ill and with bite wounds everywhere... There was obviously a reason for why I happened to walk past this day. I could see he wasn't gonna survive this life anymore so my mind was instantly made up. Off to the vet to have his flu and bite wounds treated. 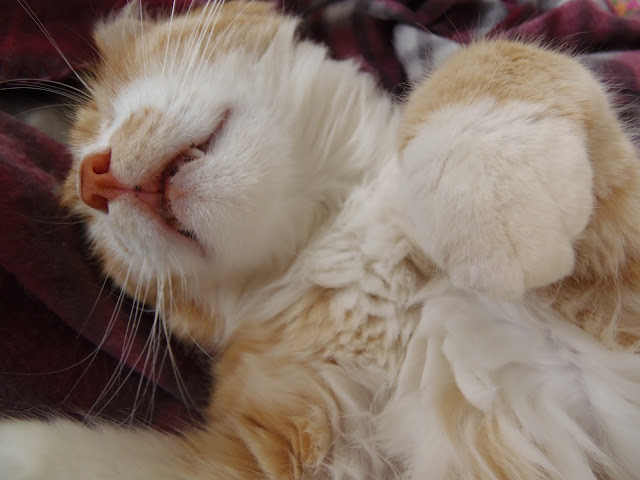 Today I can't believe this gentle giant started his life like that. He is without a doubt the most gentle of all 35 cats and he is so kind to kittens or apprehensive kitties. He is super popular with all cats here and everyone loves to snuggle up with him because he always willingly gives a major clean to whoever happens to be wrapped up in his kind paws.

He deserves the best treatment. So for now Benji is just snuggled up on the sofa for a few days whilst he quietly recovers from a stress-full week

Johanna Gehrlein said…
Hi dear Joan,
although Benji has a bit pain and problems with his tooth he will feel you love and care and enjoy that especially. Like a child who is sick. He looks really snuggly when he sleeps.
Hugs and greetings, Johanna
March 9, 2013 at 12:40 PM

Marg said…
That is terrific that he won't have to have all his teeth pulled, although they do do all right without their teeth. He is one lucky boy to have found you. Take care and have a good week end.
March 9, 2013 at 1:47 PM

Crafting Queen said…
Glad he has only one tooth out, poor baby. Lots of cuddles and treats. Hugs to you all. ANesha and Skipper
March 9, 2013 at 4:16 PM

Annuk said…
Benji is indeed the sweetest soul in a feline body... You were God-sent for him... and he was God-sent for the rest of the kitties, because he's such a gentle and welcoming presence, sure making them feel at ease and adjusting more easily to their new life in your cat sanctuary. I believe that kitties, as well as humans, can have a healing force to others... and I d believe Benji has it, helping the other kitties. This is once again a Miracle Story, my sweet Joan... you are a miracle worker (God bless you each and evey day) and Benji is a miracle boy!
Huge hugs to you and Benji!
Anna & Zoe
March 9, 2013 at 4:55 PM

The Cat Guy said…
Yea for Benji!! A sweet cat like that can do wonders at helping tame a feral or semi-feral, but then again you probably already know that. Thanks for noticing sweet Benji and giving him all the love he needed to flourish! I wish we could clone you, make lots more of yous around everywhere so the homeless kitties have good humans caretaking them.
March 9, 2013 at 5:58 PM

Cat and DOG Chat With Caren said…
what a precious boy with a heart of gold! We are sending love and healing purrs his way!
March 9, 2013 at 10:44 PM

Heather said…
There is definitely a reason you both found each other... and he is just extending the love he gets from you onto the other precious little kitties you both come in contact with...wonderful!
March 10, 2013 at 12:30 AM

Unknown said…
Poor Benji! Thanks for the follow! Following you back. :)

I know how the vet is...I've had hip/leg surgery twice!

Mariette VandenMunckhof-Vedder said…
Dearest Joan,
So similar to our Smokey's problems... We need to see his vet again and help him get healthy. Why do other people abandon such sweet baby or toddler kittens? They need to be loved and cared for so they can actually play. Thanks for your special love and care!
Hugs,
Mariette
March 10, 2013 at 3:15 AM

Kjelle Bus aka Charlie Rascal said…
Glad it was just one toothie that had to been pulled out !
Benji was sure lucky that you happend to walk by him when he was ill and bitten !
He looks really comfy in the last picture with his toesies in the air :)
March 11, 2013 at 11:43 PM